Every single Friday, like clockwork, I hit a wall. A wall of information. I am casually minding my own business, usually walking from the café I frequent for my morning coffee to CSA, when I notice my head feels heavy and my eyes can’t really focus. I am overcome with extreme fatigue, both in my body and my mind. No more information can sink into my brain; it is full and trying to smash more into it is futile. Last Friday I sat down with Genola for four hours of Spanish but it became quite evident that learning or talking would require more effort than either of us really felt like giving on a Friday, so instead we played a card game for the remainder of class. I would like to point out I did learn to play said game by listening to directions given in Spanish and continued to play in Spanish.

(I also took a test finally last week and pass with 87%. Not bad for being out of school for almost 7 years!)

Possible reasons for said wall-hitting? CSA’s “Culture Shock” packet says it could be contributed to the altitude here. Antigua sits over 5000 feet above sea level, roughly the same altitude as Denver. For comparison sake, Phoenix is 1150 feet above sea level; New York City is a measly 33 feet above sea level. The altitude can cause various things, fatigue included, but it also apparently makes you want to eat more and feel the effects of alcohol faster, both of which I have experienced. But what I think I feel more is the extra effort it takes to live in a country outside one’s comfort zone, where language is a constant barrier and walking down the street is an unknown. Do not mistake me here – I love that I wake up to breakfast with Christine and Michael chatting away in German until I sit down and we switch over to a mix of Spanish and English while we nibble away at café and frijoles. I love greeting Senora Hilda and the other residents that live her in Spanish. I love my morning chat with my new barista friends, Leo and Romeo, in Spanish. And I love meeting Genola for four hours of Spanish every day. But come Friday, I am done. Beyond fatigued. Almost comatose.

(The entrance to Paradise)

But I have my weapons in hand to snap myself out of this weekly funk. To start with, a beer to celebrate the week’s end with new friends in a great start and amazing people watching, as it seems like there is someone from everywhere in the world here at times. As Saturday rolls around I am up and out the door early for a run in Antigua, taking advantage of the early morning lull in autos, cars and buses. And as of late, the rest of the day consists of one of two things – cooking or walking at Carmona.

(Bursts of color left over from the procession) 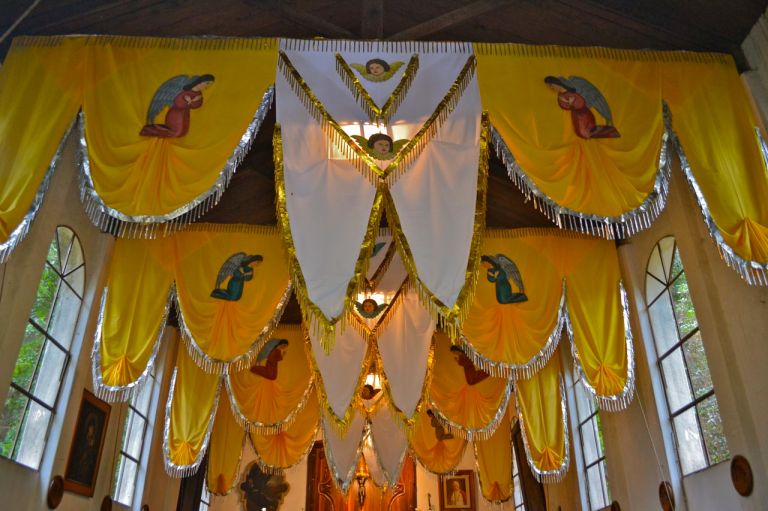 Carmona is a finca situated about 15 minutes outside of Antigua, very close to the San Juan house. My friend Juan, an Antigua native studying to be a large-animal veterinarian in la Capital, works there on the weekends. A finca literally translates to an estate. Only very wealthy families here have them. The closet thing I can think of to associate a finca with is a plantation – it’s a very large plot of land used for agriculture, usually with a large house on the property for the family who owns it. Most of the workers live on the finca. Some fincas, like Carmona, are so big there are little tiendas, food vendors, and even a church on the premise. Carmona has dairy cows and grows coffee – a lot of it.

(Gigantic puppets – the human puppeteers are inside)

(Cows on the loose)

To say that Carmona is one of the most beautiful places I have ever been is an understatement. It is other-worldly; after entering the gates from the highway it feels like you have been dropped into a portal that transcends time and space as our modern world knows it. When I think about the time I spend there, the words magical, sensual and ethereal come to mind. Everywhere I look I expect to see little sprites or nyms floating from the little streams to the bushes heavy with berries to the tree tops with emerald-green leaves, dancing on the breeze. One of the days I visited, there was a fiesta to celebrate some sort of Catholic holiday (and like the good lapsed Catholic I am, I have no clue which one) and Carmona was abuzz with activity and visitors. There were processions and dancers in masks with colorful outfits and old men playing gigantic xylophones, altars, cows on the loose, street food, bursts of color and merriment had by all. But as beautiful as all of this excitement was, I was really only there for one thing…

There is a garden in Carmona, next to the house and barn where the cows are penned, that is beyond exquisite. Every crevice of space in this garden (that must cover two to three acres) is bursting with lush, velvet green and vibrant red and pale, fluffy yellow. There are about fifty places secluded places I want to get lost in with a beautiful book or a beautiful man, only to be left to forget about time and space. 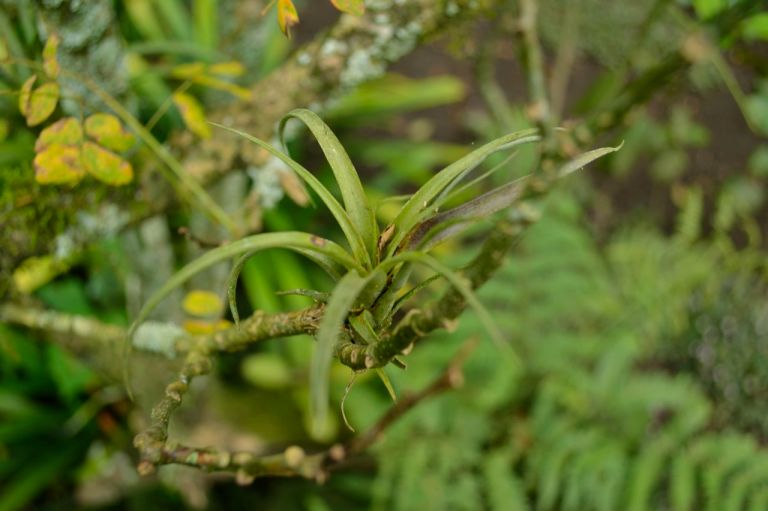 So if you need me I am very easy to find. Take the road from Antigua to Santa Maria de Jesus, pass San Juan del Obispo, make your next left, pass through the gates and up the road. Stop at the big house. I’ll be in the garden. 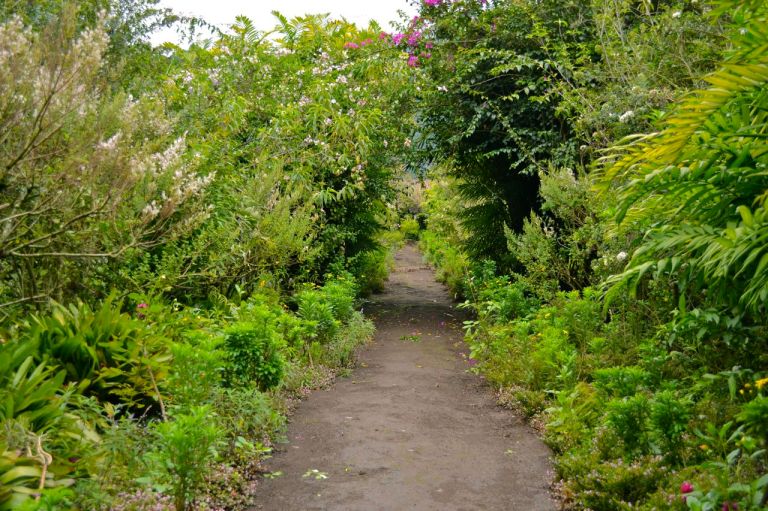 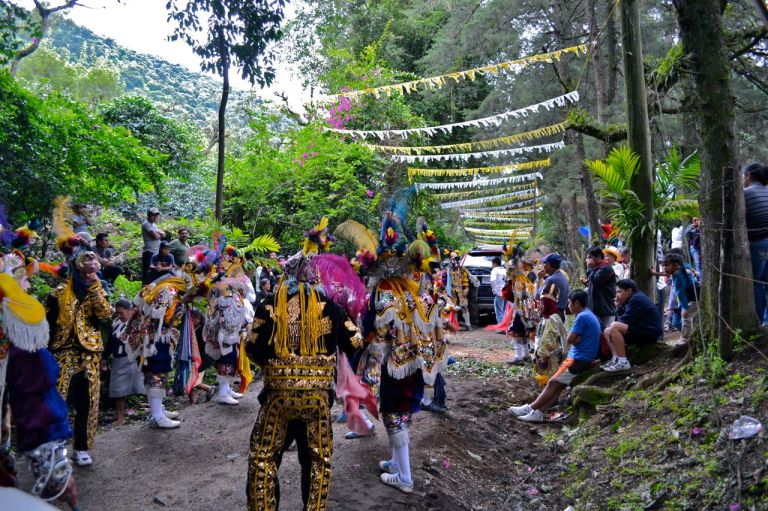 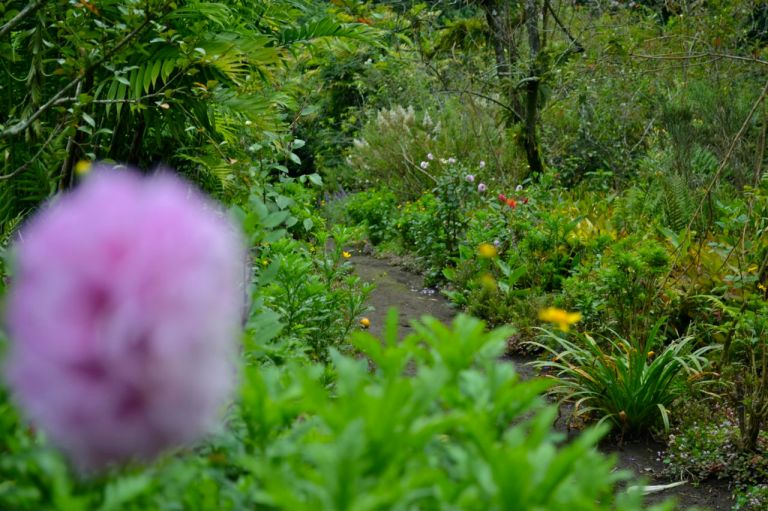 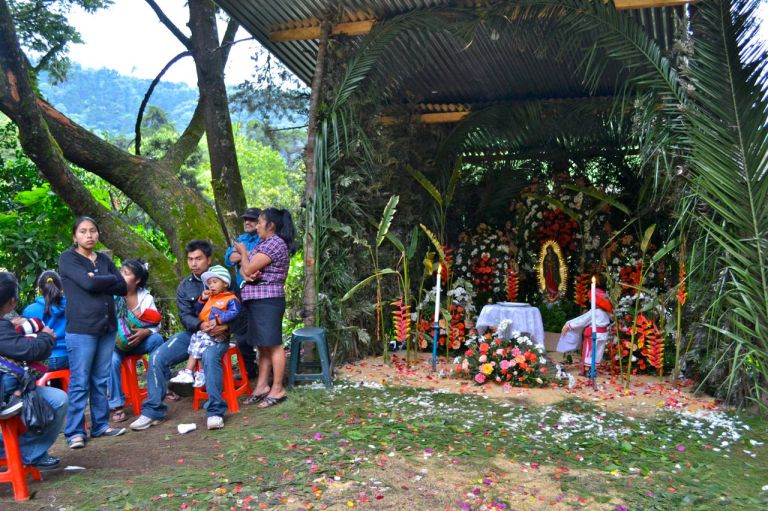 One thought on “Hitting Walls Part I – Loosing Myself in Fincas”