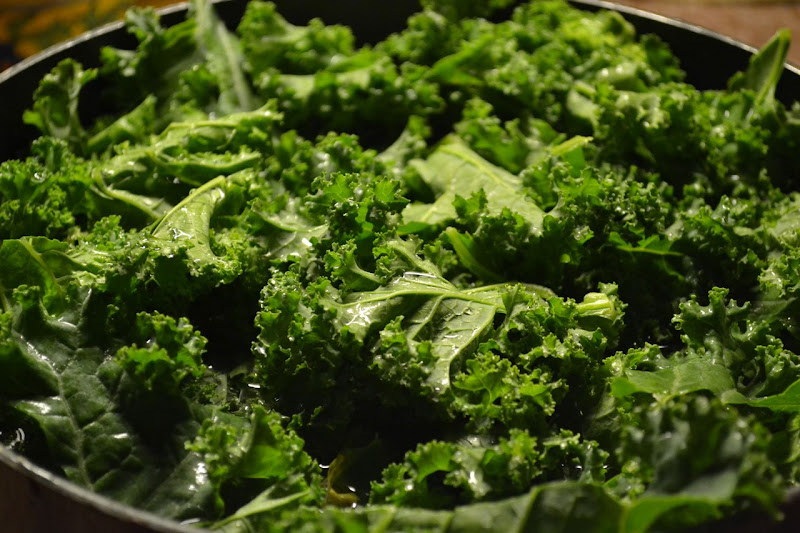 Um, so remember this salad I posted last week? Well you see, it set off this minor obsession with kale. And when I say minor, I have been eating kale in one form or another ever since! There was the afore mentioned salad and this salad made an appearance as well. I ate it sauteed with onions and garlic under an egg and I whipped it into mashed potatoes. But perhaps my favorite and most addictive way to eat kale is baking the hearty leaves into kale chips. After baking these chips are like the crispiest potato chip you’ve ever had. The hardest part is getting the salt seasoning just right, but the amount is completely up to you. And with football season in full bloom and my SO involved in not one but TWO fantasy leagues, these are a great healthy snack to mindlessly nosh on while watching an upwards of eight hours of football. Enjoy! 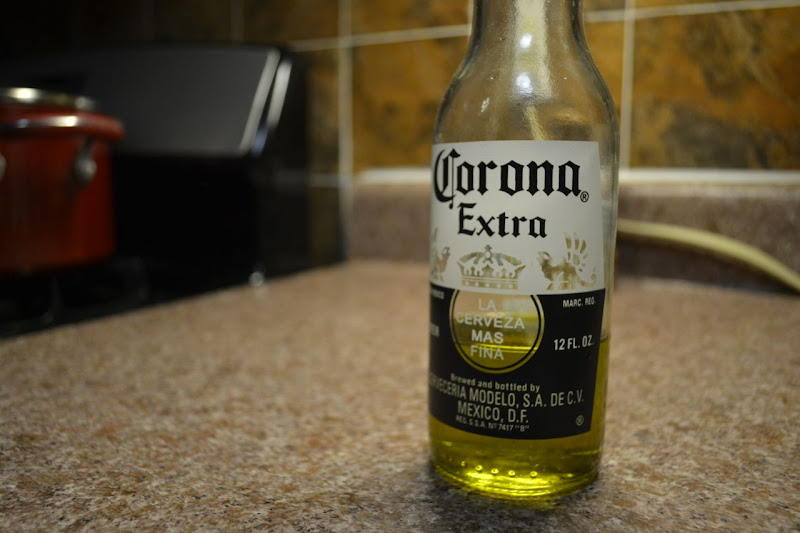 (No, that’s not beer. It’s our olive oil dispenser!) 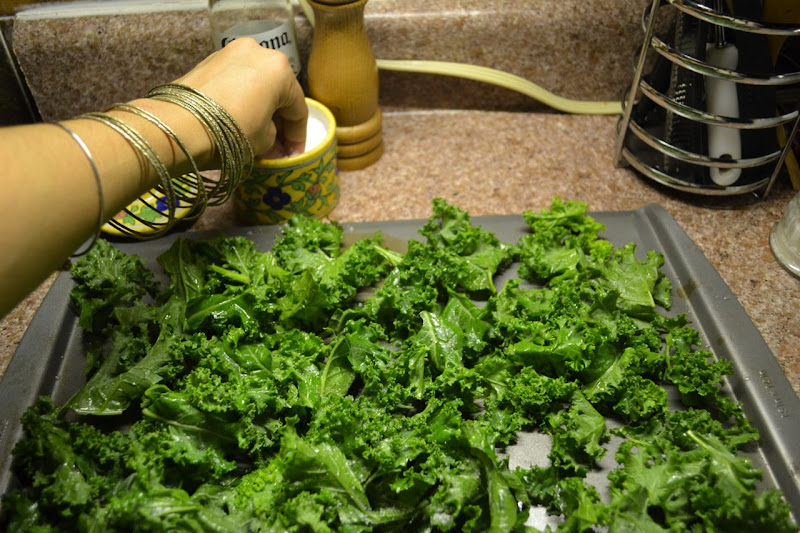 Deb at SM bakes hers at 300°F for 20 minutes, but I have never had much luck with this temperature. I prefer to cook them at a higher temperature for less time. The heat shocks the water out of the kale pieces and creates a crispy chip.

Preheat oven to 400°F. Rinse and dry the kale, then remove the stems and tough center ribs. Cut into large pieces, toss with olive oil in a bowl, really rubbing the olive oil into every leaf. Sprinkle with salt. Arrange leaves in a single layer on two large baking sheets. Bake for 10-12 minutes, or until crisp. Serve immediately, that’s if you can even wait that long to “serve”.