Even with the cooling 4th of July rain in Phoenix, it’s still hot – too hot to spend more than five minutes outside without being by a pool. So I, along with parents and cat in tow, decamped to a lovely ranch just outside of Sonoita, Arizona for the weekend, where the weather is always 10-20 degrees cooler. The ranch, formerly The Boot and Racquet Club where stars like John Wayne would come to vacation, is owned by a family friend who bought it in the early 2000s and has been steadily working on it ever since. There is a big main house, three casitas, a tool shed, an office, an art studio, a stable for horses, a tennis count, and apparently, a dog-snatching mountain lion. Life is different there. Ranch life makes early risers and early sleepers of us all. Drinking starts around noon – after a hike but before lunch. Naps last until about four o’clock, then you come together for games and cocktails and maybe a walk around the property. In short, it’s about as far away psychologically from New York living as I could be, although stay tuned because I am pretty sure I will be trumping this statement in about two weeks, here. 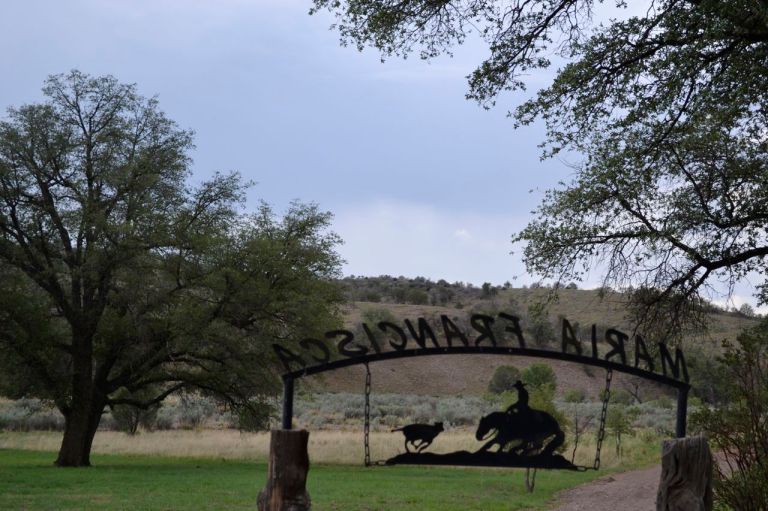 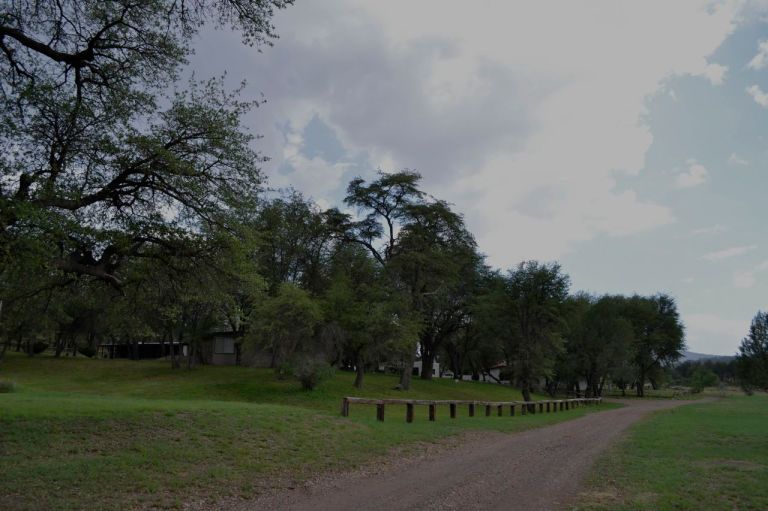 (Clouds roll in over the ranch)

While we were at the ranch, Kimba decided to get herself stuck up in a chimney. I don’t actually know if she was stuck. My hunch is she just needed some peace and quiet, or maybe she was scared by the thunderstorms we were getting up there. Right around naptime, the clouds would roll in dark and low, threatening rain with boastful thunder and electric, pristinely choreographed lightening displays that stretched across big sky country in Canelo. Huge raindrops would collide with the ground, smacking against everything in their path – dried leaves, blades of grass, small twigs – with such force it looked like each object in their path were jumping off the ground like little bugs. So who knows why she felt the need to hide in the chimney, but I do know after half an hour of searching frantically for her and expecting the worst (trampled by the horses, eaten by the mountain lion we heard was lurking, etc), finding her was a relief. To do so I had to climb up on the roof and shimmy up the chimney only to peer down and see two little eyes blinking at me in a sea of black – her white pelt was coated in black soot. After the whole ordeal of loosing her, finding and excavating her from the chimney and giving her a much-needed bath (for Kimba), Mama needed a drink. 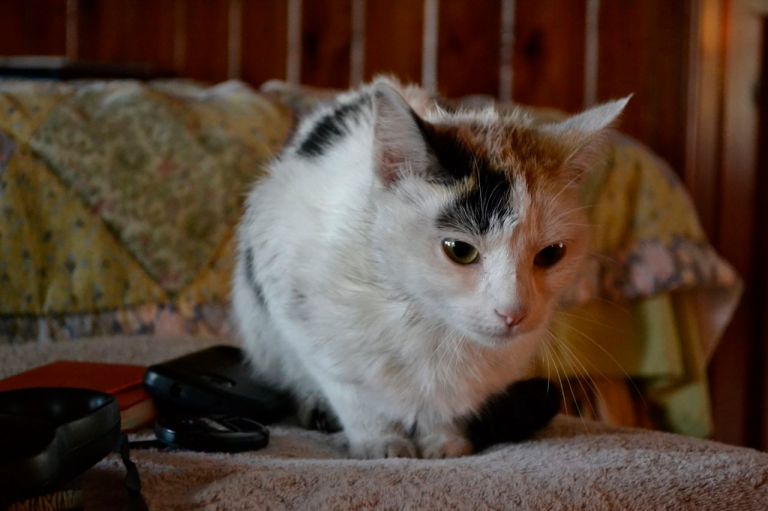 (Kimba after her bath)

Bobby is a seasoned bar man, so I had several cocktails to choose from, but in the end I needed a michelada – it is sort of like a beer-based bloody mary. I love both of these things alone, but the combination is to die for. It’s the perfect midday drinking beverage as you can control the amount of alcohol (it’s just beer anyway) with ice and tomato juice, and the spiciness compliments the beer, sort of like eating spicy tacos with a corona, minus the tacos. It’s one of my favorites – enjoy! 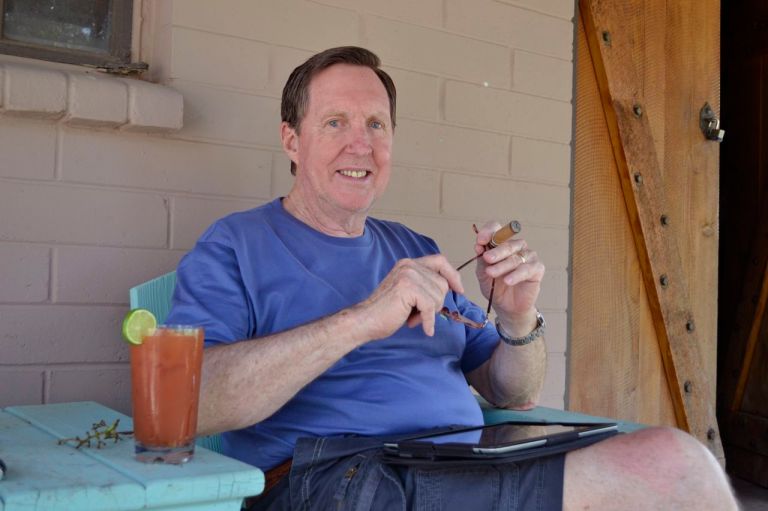 As for the beer, I used Pacifico but any light Mexican beer will work, like Corona or Modelo. It would also work with light pilsners or lagers from the States, but I like to keep it authentic. You can also salt the rim – before adding ingredients to glasses, run a lime around the tops of each glass and dip into a pre-prepared plate of salt, shake off excess and proceed. Volia! Active Time: 5 minutes, Serves 4.

Cut two limes in half around the middle and squeeze half a lime each into the bottom of four twelve-ounce glasses. Add 8-10 shakes of Tabasco (according to how much spice you like) and ¼ cup tomato juice (or mix) to each glass. Fill glasses with ice and slowly pour a beer into each glass. Add two light shakes of salt and stir to combine. Serve each glass with lime slices (made from remaining lime) and the rest of the beer to refresh.