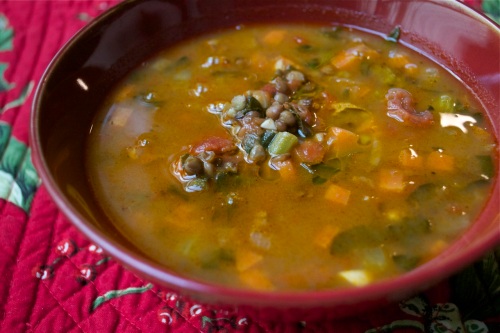 A handful of weeks ago I had the good fortune of meeting Bill Roorbach. Bill is an author of great books, both fiction and nonfiction, one of which I am reading right now. He’s a teacher and a Mainer and a father and a husband. He’s traveled the world, had his hands in a number of questionable honey pots and has this amazing ability to start off on one topic, speak for 20 minutes in curvy, voluptuous patterns about everything but that topic, then, either very forcefully or with the weight of a feather, bring you back around to the topic in question with the most thoughtful and relevant closing thesis. And he does this all with handlebar mustaches and Italian-like hand gestures and a baker’s dozen of frilly but faded friendship bracelets on his wrist. He’s a character, and he is possibly the most engaging person I’ve ever met.

Bill came to speak to a group of writers, myself included, who had just realized that in about four short weeks we would be cast out into the darkness of the nonfiction literary world with no direction, little money and waning morale. We looked to Bill, as we did all of our speakers, to give us an ego boost and some kind of path moving forward. Take an internship. Write for a daily paper. Give it up and get a real job as a lawyer or a banker or something that will give you a decent shot at a 401k. But what he said to us is this – “Go find your balls”. Now telling a bunch of wannabe writers to go find their cajones is not a bad bit of advice, as we young writers are known to shrink away from tough things, things that most seasoned writers know how to do –  pitching, self promotion, book selling and the act of actually writing – but that’s not what he meant. He went on to describe that every experience one has, every job, every life detour, every hurt, every joy, is contained in a little ball, hundreds of which we’re metaphorically juggling at the same time. For example, Bill was a cowboy in Wyoming and a rock star in Europe before he went on to Columbia for grad school and to write his very successful books. Cowboy’ing. Rocking. Living in New York City dating ballerinas. All just little balls Bill juggles and “plucks” out of the air whenever he finds them useful in his writing. Basically, what Bill was saying was, and I am paraphrasing here, “Don’t be such a  scared little shit, go out there and live. Take detours. Do whatever that comes your way next, and do all of it as a writer, and use those balls later, when you need them, in your writing.” The class sat still, stunned into silence.

Let’s go back a minute because, I admit, it’s been a while. This post seems like someone else’s life, or at the very least, a lifetime away from the now. When I wrote it, I’d already said goodbye to Guatemala and reconnected with New York. I was in the mild of a pretty late summer day in Portland, Maine that turned into a cool evening. Very shortly in the future, the days turned biting, the nights bitter, nights I became oh so familiar with in the several months after those words and that recipe and that shared meal in a strange kitchen with new friends. Now I sit in a familiar kitchen in Phoenix, Arizona. The air is almost the exact temperature as that crisp Portland day in September, but cacti and burnt deserts sub in for Back Cove and fir pines, and I, a little aimless, sit with everything and nothing to do and volcanos on the horizon. The path forward isn’t clear.

I spent a lot of time in 2013 worrying about what was going to come next, making pros and cons lists and weighing options until I felt like a mushy, desperate contender on The Biggest Loser trying to reckon with life choices. (“If I eat this donut, what will it do to the scale next week.”) It was draining, exhausting, overwhelming, not at all healthy and surely not the best use of my time. But I – like my fellow writers and classmates and maybe a lot of people who have sat in the middle of a transition, at the edge of 30, alone – so desperately want to make the right choice, the next step that is going to catapult me to that next great writerly thing and the next and the next and the next… It’s ego. It’s insecurity. And it sucks.

So back in the classroom, Bill twisted the tip of his handlebar mustache as we sat, shocked, by the words he had just said. I could see age and stress physically melt from my fellow writers’ faces. Spines were taller, shoulders less hunched. Because basically Bill had given us permission. Write. Or not. Be a cowboy. Or not. Sell shots of tequila in a shitty locals bar in Guatemala. Go to grad school. Move back to New York. Or not. Our next step would be our next step, and whatever it was – great. As long we did it as writers, we’d be on a great path. To where? Who cares. Just go. Go find your balls.

I’ve been in the habit of posting a soup recipe around New Years since CNC’s inception, but this one might be my favorite. Tender lentils, spicy chorizo and smoky paprika make me forget this is actually really healthy for me. You could easily make this vegetarian by omitting the chorizo and using vegetable broth in place of chicken broth. For the olive oil, my parents’ pantry is limitless, so I found some foofy lemon olive oil, but you certainly don’t need to buy it special. I included a recipe below. Active time: 15 minutes, Inactive time: 25 minutes; serves 4-6.

In the bottom of a large pot with a heavy bottom, heat about two tablespoons of oil over medium high heat. Add onions through celery and saute until vegetables turn a bit tender, about five minutes. Add diced chorizo and saute for another five minutes, until chorizo starts to release some of its fat.

Dish into bowls immediately and drizzle with a bit of lemon olive oil. Serve immediately.

Add three or four one-inch pieces of lemon rind to 1/2 cup olive oil in a jar. Allow to permeate for at least a day and now more than three. Remove lemon rind and use. Will keep for three months.

Heat 1/2 cup olive oil in a skillet over medium heat. Add three to four one-inch pieces of lemon rind and infused without browning lemon rind (this will make it bitter) for 2-3 minutes. Take off the heat, allow to cool, remove lemon rinds and use. Will keep for three months.